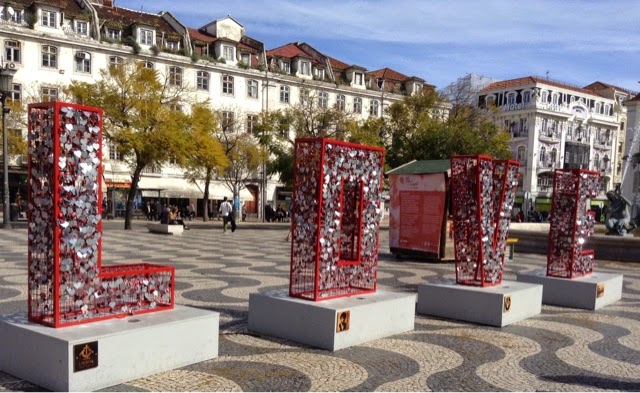 Dating rules can be ridiculous.

Leave at least an hour between text messages.
Don’t accidentally point at wedding dresses whilst you’re out together.
Don’t do too much smiling in case they think you’re a psychopath.

The rule I always struggled the most with was ‘Don’t look too keen’.

Now, this is not because I’m a crazy person with a body secretly tattooed with the name of every man I’ve ever admired (I’m afraid of needles, thanks very much) but because this rule is actually unfinished. What it should say is: ‘Don’t look too keen unless you’re ABSOLUTELY 100% SURE that they are equally keen on you in which case, do what you like’.

It’s an exhausting business. But here’s a thing nobody tells you. That isn’t really the end of it.

If you’re somebody who has worked tirelessly for years to ensure you’re always on the right side of the keenness tracks, taking occasional breaks to kick yourself hard in the shin for accidentally misreading a high-five as a marriage proposal, your guard never quite goes down.

I think it’s because dating teaches us to be so cautious that when we do let ourselves relax, an alarm bell rings inside our heads and says WOAH WOAH WOAH YOU’RE VULNERABLE! QUICK, DELETE HIS NUMBER AND START PRONOUNCING HIS NAME INCORRECTLY! YOU NEED TO WIN BACK SOME POWER!

It can come up out of the blue. You can be asking an innocent question about the weekend ahead and your options for mutual socialising, and all of a sudden you’re feeling the need to clarify that you were just wondering what they were up to and you don’t even want to hang out with them anyway, and you have so many other options on the table you can hardly wade through them, whilst they look on, baffled.

It can be difficult to shake the dating game off. Of course some elements apply forever – it’s nice to listen to what people have to say instead of just saying “Uhuh” every ten seconds and continuing to look at Twitter, and washing is always a positive activity, but once you’re in a relationship it’s nice just to have a bit of trust and stop all this fannying about it.

The dating game is just that – a game. Sometimes you win – and by win I mean you meet somebody you like and who likes you and that you enjoy spending time together for an appropriate length of time (whether that be forever, or until you realise that you just can’t get past your differing opinions on who made a better Batman), and sometimes you lose, by which I mean that it leaves you wondering whether you should just marry your cat and be done with it.

But when it does work out, you have to just throw the rule book out and admit that you do indeed like another human being. Relationships do make you vulnerable because you can’t enter into one without admitting that actually you are rather keen. Queen Keen of Keen Town, actually, and you don’t care who knows it.

All you can do is try and find yourself in a situation where everybody is as keen as each other so that that never feels like a bad thing. With somebody who also believes that eight is the optimum number of kisses to include at the end of a text message, and who feels just as strongly about the apostrophe as you do, and who agrees that, yes, Pancake Day really is the greatest day of the year.

This site uses Akismet to reduce spam. Learn how your comment data is processed.

Welcome to Nothing good rhymes with Charlotte. This blog is full of honest words about parenting, relationships, confidence and friendship. I'm here to help us all feel less alone and to make you laugh when I can, too. Want to hire me to write for you or just fancy a chat? Get in touch: nothinggoodrhymeswithcharlotte@gmail.com

Packed up our chaos and took it to the seaside for

Half term has commenced 💖💛

Can someone please explain to Joseph that pebbles

It's happened. We've reached the stage where I can